King Duvroc (ドブローク, Doburōku) is the easy-going king of the Kingdom of The Jolly, and the second or third king fought by King Corobo. Duvroc is a violent alcoholic, to the point where he is almost constantly drunk on beer. His drinking is ruining his family life, with his wife phoning in on him to make sure he's not partying, and his daughter hiding herself in a vase to avoid him as much as possible. Later, he becomes Corobo's father-in-law.

Duvroc relies on stimulation from partying to cope, claiming something fun always happens when one is drunk. His main rule in life is to have fun and get drunk, which supposedly brings peace and avoids violence. This is a rule which Pancho seems to agree with.

Duvroc is a middle-aged man with dark brown hair, parted into two tufts on either side of his head. He sports a matching beard and moustache under a large red nose, and prominent chest hair. Duvroc is almost entirely naked at his parties, save for a pair of blue and white striped underwear, a tattered cape, and a crown holding a bottle of alcohol.

Duvroc first makes himself known through an invitation to Corobo, which requests the young king to join his party. Throughout his Kingdom, signs reinforce the idea of peace through partying, and no violence. However, upon Corobo's arrival, Duvroc is disappointed that Corobo is not having fun and his drunkenness gets the better of him, causing him to start a fight.

After the fight has gone on for some time, Duvroc's wife phones him and demands he comes home.

After Corobo converts the Kingdom of the Jolly into the King's Natural Reserve, Duvroc stays at his party spot under the Giant Cherry Blossom, mumbling insults at Corobo for ruining his fun and taking his daughter, as well as spouting that he wants soup to cure his hunger.

Duvroc makes a brief appearance in the King Omelet quiz battle, where Corobo is asked to identify the real King Duvroc. These fake Duvrocs mimic his battle, but have much less health.

During the Huge Earthquake cutscene, Duvroc is seen passed out drunk, missing the entire event.

Towards the end of the story, Duvroc appears on a flying cloud, breathing fire at the Flying Machine during the journey into space. A cardboard cutout of him appears later in that same journey. The inspiration behind King Duvroc can be seen in the Sketchbook in the World of God.

Duvroc is fought in the Royal Arbor region.

Duvroc stands atop a pile of beer crates. Soldiers can instantly jump up to him to deal damage, but all other classes will sit around the base of the crate tower and attack it instead. Every time a crate is destroyed, the tower will shorten, and Duvroc will be briefly stunned. Once the entire tower is destroyed, all citizens will be able to directly attack Duvroc.

Several drunk Onii are dotted around the battlefield, attacking Corobo and his citizens with beer bottle melee attacks. After a quarter of Duvroc's Life is depleted, more Onii appear outside of the arena, throwing rocks and pots over the fences at Corobo and his Royal Guard. After half is depleted, Onii Hoppers will enter the arena and guard Duvroc. After three quarters are depleted, Onii Men will also enter the arena and guard Duvroc.

Towards the back of the arena, under the Giant Cherry Blossom, is a giant trash can containing 30 arrows. Right of the Cherry Blossom is a Hot Spring, and near the entrance is a Geyser.

With the exception of the Cossack dance, Duvroc's attacks are all signified by him cheering ("Kanpai!") and chugging his bottle, lasting about 5 seconds. One of the six "beer breath" attacks will then be performed at random.

Duvroc's battle theme is a high-tempo rendition of Bizet's "Carmen - Habanera" with a heavy percussion; this piece loops three times, with each loop being faster and having slightly different instrumentation. His intro theme is based on Noh, as with the Kingdom of the Jolly's theme.

Duvroc's Japanese name is Doburōku, which resembles Doburoku, a type of sake or Japanese alcohol. This makes sense, as Duvroc loves alcohol and his kingdom is themed after Japan.

Name in other languages

In the French version, Duvroc calls himself "le roi de la fête" or "the King of the party." 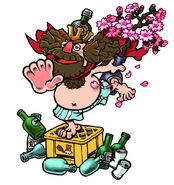 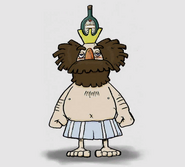 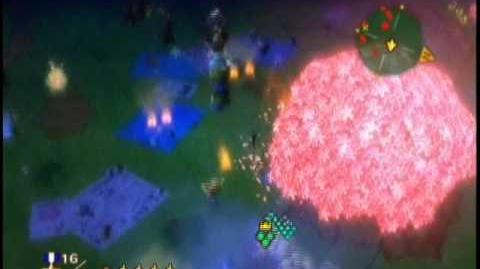 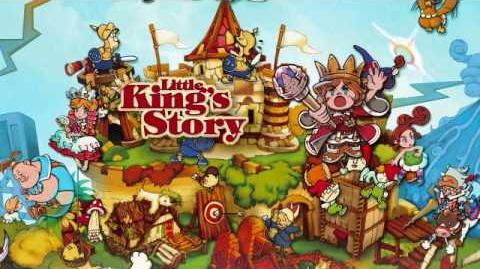 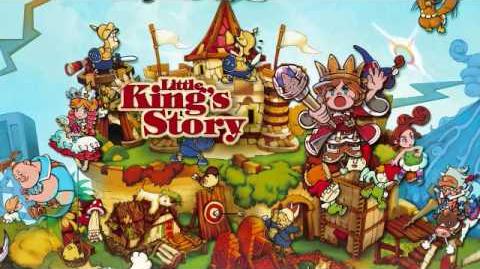 Little King's Story Soundtrack--King Duvroc
Add a photo to this gallery
Retrieved from "https://littlekingsstory.fandom.com/wiki/Duvroc?oldid=12723"
Community content is available under CC-BY-SA unless otherwise noted.