The Kingdom of the Jolly (よいどれの国, Yoi dore no kuni), sometimes referred to as the Jolly Kingdom, is the second or third kingdom that Corobo explores, and is ruled by King Duvroc. It is located between Alpoko and Bony Tunnel Entrance near the southwest of The World, and is a kingdom that does nothing but party. Onii inhabit the Kingdom of the Jolly, often drunk, and throw explosive beer bottles at Corobo and his Royal Guard.

Not much is known about the early history of the Kingdom of the Jolly. King Duvroc seems to have been the land's ruler for a long time and his daughter, Bouquet, appears to have been waiting in the vase for her father to pass out from his drinking for some time. The queen of the land disapproved of Duvroc's drinking.

After the fall of the Onii Kingdom, the Onii population spread to other lands. The large population of Onii within the Kingdom of the Jolly may be due to the friendly ties between Duvroc and the Onii King.

After Corobo defeats Duvroc at one of his late night parties and takes over the land, the kingdom becomes the Royal Arbor, an Alpokian natural preserve for the Giant Cherry Blossom. Duvroc stays here, moping, drinking alone and craving soup. Corobo returned later to take some alcohol from the east of the kingdom to fuel Skinny Ray's Flying Machine.

This kingdom is a giant beer garden, with mats and newspapers littering the ground, streetlights, cherry blossoms, spilt beer, beer crates, and trash cans that Corobo's citizens can rummage through.

Upon Corobo's first visit, it will be nighttime. The entrance is blocked by a row of Moonflowers, and after defeating these, he must construct the Jolly Bridge over Firefly Lake to access the main area of the Kingdom. This bridge has a Hot Spring nearby, and an Onii on a cliff throwing Molotov cocktails at Corobo and company. Furthermore, an Yvonne jumps out of the lake and attacks while the bridge is being built.

Once past the bridge, Corobo arrives in a small beer garden which precedes the center of the kingdom, and he is attacked by two pairs of Onii. An Art piece is found in a trash can here. In the center itself is King Duvroc's Party Spot, a large fenced-off garden where the Giant Cherry Blossom stands.

Once Duvroc is defeated, his party grounds become a Wonder Spot, and another Art piece can be found nearby. Furthermore, a gate behind the Giant Cherry Blossom opens onto Soldier Town, and another gate opens to the southern half of the Kingdom of the Jolly, where another Art piece can be found in a trash can. Heading south from here leads to the northern fields of Sunflower Plains which can only be accessed this way, and heading east is an area containing the Marble Dragon and a Flying Machine part. This eastern area will only open if Corobo has accepted the God Booze quest, and is guarded by three Onii. A crack in the ground under the Dragon's feet contains various types of Onii and an Art piece.

The Jolly Kingdom's music plays during Space Travel. During the Final Boss, if the End of the World reaches 70%, the Giant Cherry Blossom will be uprooted.

The music in Jolly Kingdom is not a specific piece of music, instead being done in the style of Noh, a genre of classical music originating from 14th century Japanese theatre. 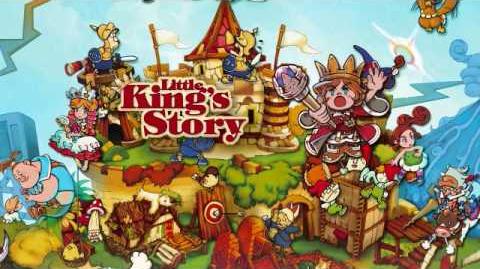 The culture of the Kingdom of the Jolly is predominantly centered around drinking and partying, and invites people from other kingdoms to join in. The Onii wear ties on their heads and are seen in groups, drinking. The kingdom also expresses a lax attitude towards public nudity, and even goes as far to encourage it at parties, as long as individuals remain respectful of others' boundaries. King Duvroc himself represents this norm by wearing only a pair of boxer shorts and a cape.

The kingdom is generally themed after the country of Japan, with Cherry Blossoms, Noh music, and Duvroc speaking some Japanese in his Henteko Speech.

"Kingdom of the Jolly" may be a mistranslation, as the terms for "feel-good" and "drunkard" are similar in Japanese. This would explain why every other language refers to drunkenness instead of being jolly.

The French name of this Kingdom is a pun on "Beverly Hills", a city in Los Angeles, California.

The entrance as shown in a cutscene 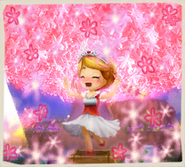 A Wonder Spot picture of the giant cherry tree

Part of the kingdom seen on a Flying Machine clue 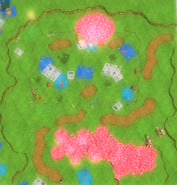 Overhead view of the main area 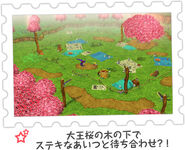 Concept art of the Jolly Kingdom in the day

Kingdom of the Jolly's location on the map
Add a photo to this gallery
Retrieved from "https://littlekingsstory.fandom.com/wiki/Kingdom_of_the_Jolly?oldid=12895"
Community content is available under CC-BY-SA unless otherwise noted.