The Onii (オニー, Onī) are a demonic species of black humanoid creatures that originate from the Onii Kingdom. They are considered the primary enemies of Little King's Story, as most UMA are a form of Onii. Although adorable in appearance and playful in nature, they are hostile when provoked.

The basic Onii has two sharp teeth and a single horn atop their head, and has several different variations. Some basic Onii hold chests on high ledges, and can only be defeated by Animal Hunters. They are not hostile, and will briefly run away when provoked. Others throw rocks from above, or occasionally Molotov cocktails.
The Onii are initially believed to be led by the Onii Man in the Onii Grounds, before he is defeated and the real leader is revealed to be the Onii King, whom the species follows closely. After the Onii King is defeated, the Onii flee the Dark Valley and spread to other Kingdoms.

According to the English version of Little King's Story, Onii can be pluralised as both Onii and Oniis.

Unlike most UMA, the standard Onii can use several different fighting styles without being considered a separate UMA.

The Oni are a type of demon hailing from Japanese folklore. "Onii-" can be used as a prefix to denote a sibling in Japanese grammar, although this appears to be unrelated.

The Japanese name is pronounced "onn-ee".

Notably, the French version uses the masculine form of "demon" for all Onii, including the Onii Bride.

The Spanish version incorrectly refers to its "Demonios" as "Onii" on several occasions.

Onii with an Onii ball

Icon for the Meadow over the Bridge 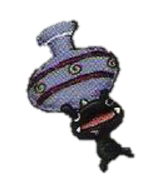 Art of an Onii from the PAL Instruction Booklet

Oniis in the Record Book

Onii seen in the reimagining 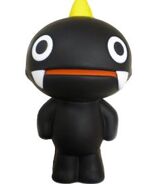 Onii doll avaliable to those who pre-ordered the game in North America
Add a photo to this gallery
Retrieved from "https://littlekingsstory.fandom.com/wiki/Onii?oldid=12802"
Community content is available under CC-BY-SA unless otherwise noted.